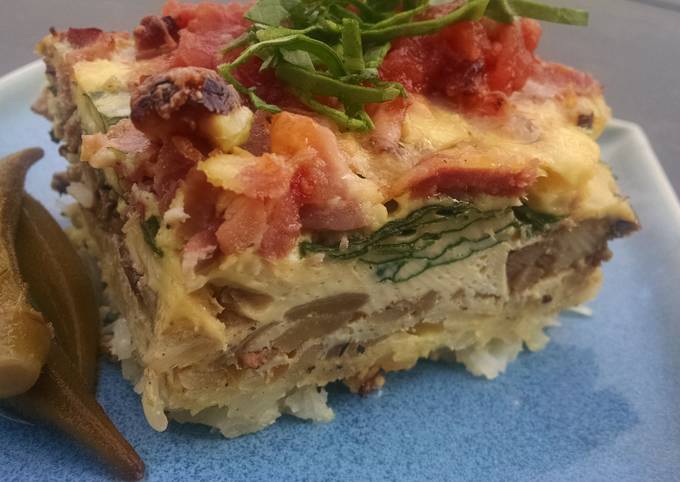 You can have Kori's spinach, ham, hash brown crust quiche using 12 ingredients and 7 steps. Here is how you cook that.